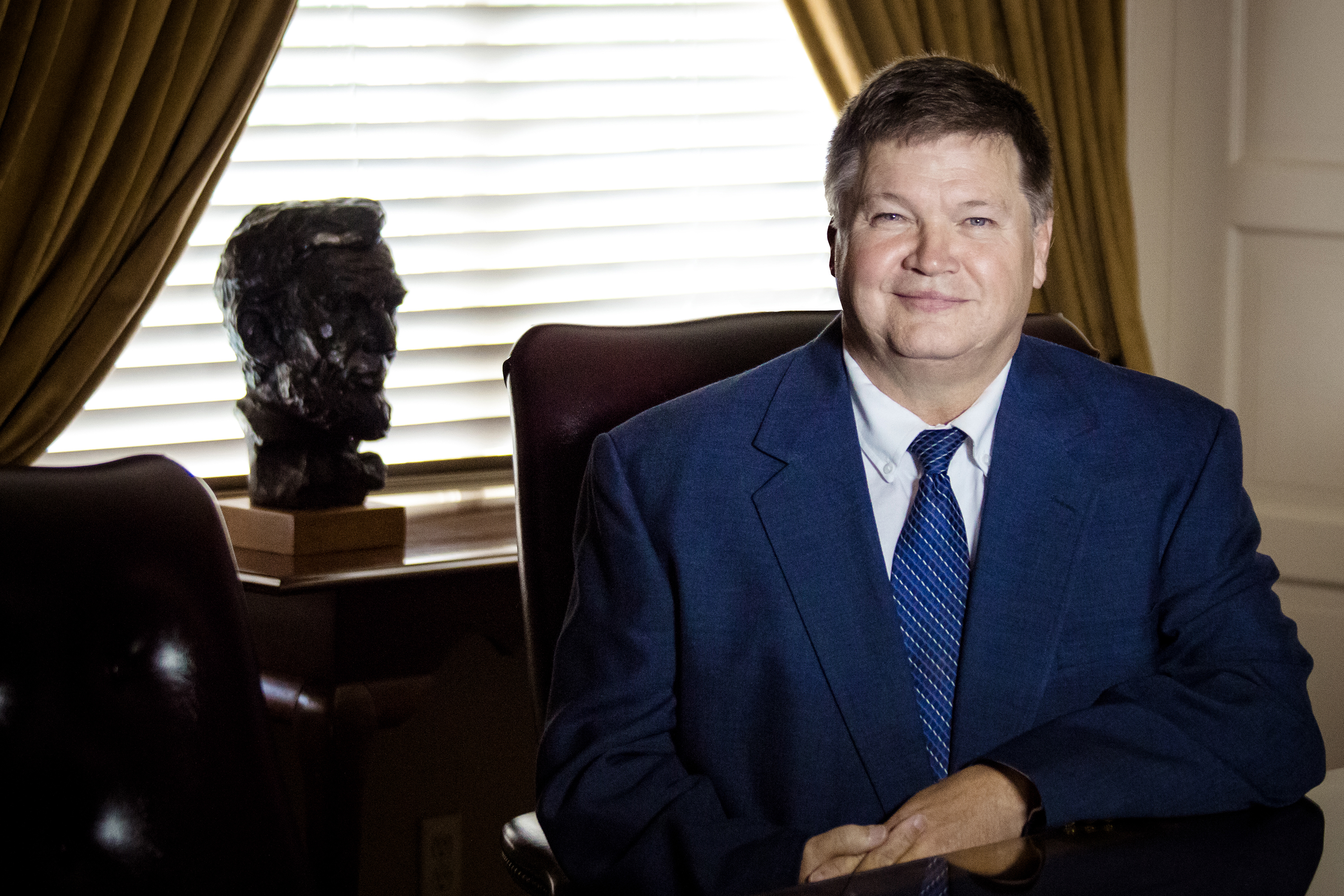 Dr. Clayton Hess became the 21 st president of Lincoln Memorial University (LMU) on July 1, 2017. A long-time member of the LMU academic community, Dr. Hess received his undergraduate degree from LMU on a Saturday in the spring of 1981 and started working at his alma mater the following Monday.

Dr. Hess has guided LMU’s growth at all levels, chairing multiple committees responsible for the development of new academic programs and off-campus sites offering associate, baccalaureate, post-baccalaureate, graduate and professional degree programs. Most recently, he served as the University’s provost, since 2015, and the vice president for academic affairs since 2010. Dr. Hess has served on the President’s Cabinet twice during his career; first from 1998-2001 and again from 2010 until he assumed the presidency. He directed the University’s most recent successful Southern Association of Colleges and Schools Commission on Colleges (SACSCOC) reaffirmation of accreditation.

Nearly 40 years after Dr. Hess joined the LMU academic community as a student, he now leads an institution at the pinnacle of exceptional growth. With a mission of providing opportunities to underserved populations, LMU provides pathways to career opportunities. Building upon a liberal arts foundation, LMU has expanded to provide relevant academic offerings that address economic and societal needs of a global community. Dr. Hess has played a part in LMU’s unprecedented growth including the LMU-DeBusk College of Osteopathic Medicine, LMU Duncan School of Law, Physician Assistant program, advanced nursing programs and the LMU-College of Veterinary Medicine. Dr. Hess’s presidential agenda remains focused on program development and physical plant growth as LMU looks to the future and continues to raise the bar for its students.

Dr. Hess earned a Bachelor of Arts in history and two masters degrees from LMU (one in counseling and the other in curriculum and instruction) and a Ph.D. in human services counseling from Walden University. He has four grown children and five grandchildren. He resides in LaFollette, Tennessee.